The Competition Commissioner is Wrong 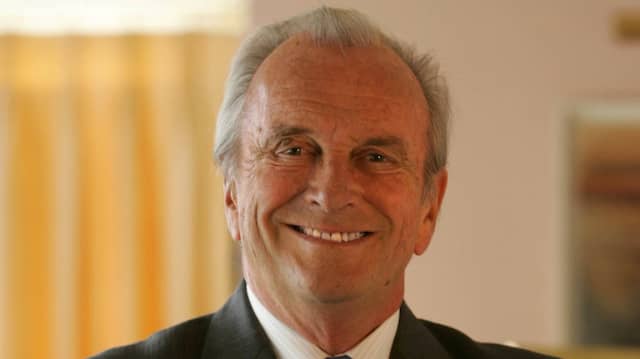 On 13 May 2014, FAZ published a letter from EU Competition Commissioner Joaquín Almunia defending the agreement he has negotiated with Google, an agreement which remains to be ratified by the full Commission. His intervention in support of his position (and of Google) was in response to an open letter to Google’s Eric Schmidt from Mathias Döpfner, the CEO of German publishing house Springer Verlag which was published in your newspaper a month ago. In his letter, Mr. Döpfner strongly criticised Vice-President Almunia’s remedies to settle the Commission’s long-running antitrust case against Google.

By joining this debate about the unfair commercial practices of Google, I speak as a publisher, a media entrepreneur and as the Chairman of the European Publishers Council (EPC), representing leading European media corporations active in all news media markets, and on behalf of the majority of our CEO members, if not all. The EPC companies are digital entrepreneurs, creating jobs, high quality journalism on all platforms and devices and at the forefront of the transformation of news media in the digital age. We are not looking for special treatment: on the contrary, we thrive on competition.

I also want to be clear that my criticism is directed at the post of European Commissioner for Competition and bears nothing personal against Joaquín Almunia, my old friend for many years and a companion in fights for freedom of information that go far beyond the uses and abuses of Google.

In his response, Commissioner Almunia concedes that “[t]here is no question that Google’s market dominance poses a number of challenges for our economy and our society,” and he recognizes “Google’s very high market share and its role as a de-facto gate keeper of the Internet” and indeed on 23 May the New York Times reported that the European Union’s antitrust chief had said that he might yet take a tougher stance toward Google.

However, Commissioner Almunia’s letter in FAZ avoids the key issues, mischaracterises others, and fails to address the problem of how to restore effective competition in the critical markets of search and search advertising. Just as importantly, he claims that the deal will benefit consumers despite the fact that Europe’s consumer associations, BEUC, have forcefully and formally objected to the proposed settlement and replied in open letter in this newspaper on 23 May 2014.

Six years lost and the puzzle is not completed

The Commission’s investigation into Google’s anti-competitive behaviour started in 2008 as a result of complaints from third parties and not, as the Vice President implies, on the Commission’s own initiative. The principal concern was that Google was using its dominant position to eliminate competition in the markets for search and search advertising and to leverage that dominance into adjacent markets.

We are now in May 2014. Six years have been lost and meanwhile all the negative effects of Google’s practices have endured and indeed multiplied. Google’s power has grown and Google’s ambitions too (from the acquisition of drone manufacturer “Titan Aerospace” to the dream of Larry Page, one of the two Google founders: “There’s many, many exciting and important things you could do that you just can’t do because they’re illegal”. 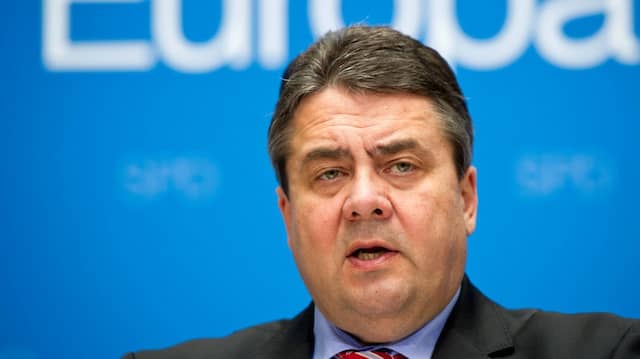 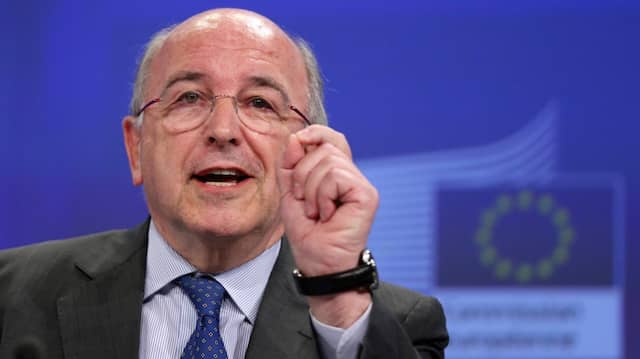 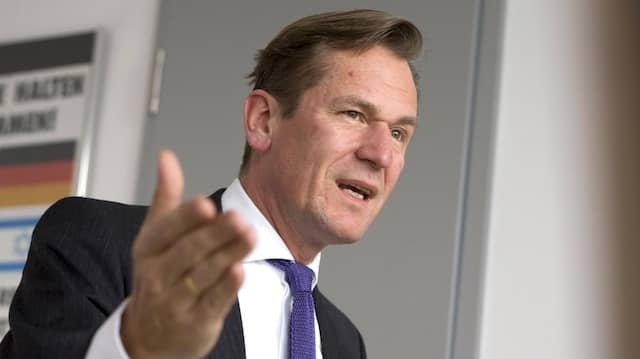 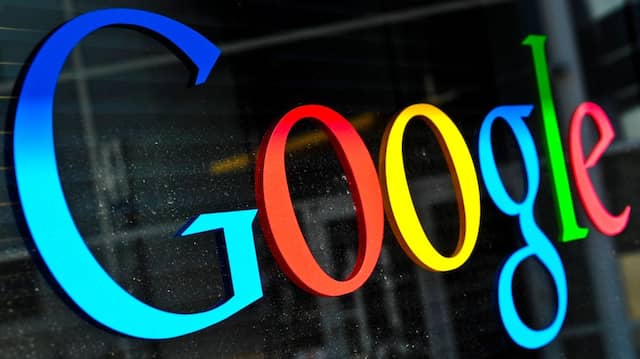 This problem requires a courageous political vision. Vice President Almunia himself recognises this when he says: “There is no doubt that the power held by Google poses numerous challenges to our economy and to our society.” He even names some of the “concerns”: … “…the way the Android environment works, the gathering and use of vast amounts of personal data, the use of third party content and compliance with intellectual property rights, and tax planning practices”. All this, he writes, “equally deserve the attention of public authorities.”. I agree but Mr Almunia prefers to address only his own “piece in this puzzle” and hopes the others will be addressed “using the right policy argument”. This is undoubtedly the best way to go about never finishing a puzzle.

Commissioner Almunia’s letter talks about how effective competition will be restored by allowing users “to make qualified decisions when they use [Google’s] search engine”. This means that the proposed deal does not even attempt to address the unlawful means by which Google became the de-facto gate keeper and rule maker of the Internet and focuses on how to “prevent malpractice” in future as opposed to remedying past abusive behaviour. Commissioner Almunia claims that the Commission has no power to deal with these issues which, in the light of past Commission practice, seems highly improbable and a huge step backwards in antitrust enforcement in Europe.

The Vice President fails to explain why this latest version of the proposed deal is materially better than the previous two versions which were roundly rejected, including by Commissioner Almunia himself.

In fact the proposed “solution” may well make matters worse. Google will remain free to continue manipulating search results to favour its own vertical search services and punish rivals. Rather than commit to cease this illegal practice, Google will allocate space on its results page to competitors while simultaneously charging them profit-maximising prices for access. This is worse, not better, for competition, and would further entrench Google’s monopoly stranglehold on the Internet.

One of the grounds on which Commissioner Almunia seeks to defend Google’s proposal against its many critics is by arguing that the Commission “cannot dictate to Google how it has to design its website.” No, it should however tell Google it can no longer design its website in a way that discriminates against its competitors whose content is more relevant to users’ queries.

This principle of non-discrimination is well established in EU case law, and using it here would provide a much more effective means of restoring competition and a straightforward remedy to Google’s illegal conduct.

Another way in which the proposed deal fails is in relation to the proposed auction mechanism. Commissioner Almunia argues that Google’s proposed auction mechanism would not generate additional income for Google. This is incorrect. By obliging competitors to move from natural search results, for which they contribute content in return for free listing, towards the auction mechanism, Google would be charging its rivals and undermining their ability to compete. This vicious circle will incentivise Google to continue to reduce the usefulness of natural search and consumers will end up paying more for less (a clear sign of monopoly abuse).

Another key area where the third parties, complainants and consumers differ from Commissioner Almunia is in relation to data protection/ privacy and intellectual property. As has been made clear repeatedly, we are not asking Commissioner Almunia to apply the data protection rules or to arbitrate intellectual property disputes. What we are asking, in accordance with past and indeed very recent Commission practice, is for these issues to be taken into account where they are relevant for the assessment of market dominance or the analysis of abusive behaviour.

When it comes to media content, this is why IP is relevant: Google uses our original content scraped from our websites without our consent. Google News is a service without a single journalist which, since 2007, has been referring traffic to Google’s general search (worth $100 million just one year later in 2008) by copying the most relevant text extracts and pictures from press publishers’ websites without permission or payment.

Website operators have been able to opt out of search since 1994 via the “Robots Exclusion Protocol”, so no change here. With “Robots Exclusion Protocol” you opt out of all search – you’re either in or out, nothing in between. But, let’s face it, opt-out, as proposed by Google, can only be helpful if there are alternatives to opt-into elsewhere. Because of their de-facto “gateway to the internet” status, content providers are dependent on Google displaying links to their content, but not on the display of the content itself (hence the reluctance of many to go public with their serious concerns about Google’s malpractices). And listen to this - Google clarifies that an opt-out does not exclude Google’s ability to otherwise use or process all of the content that it has crawled and copied already and that it may still display content that it has found on websites which have (legally or illegally) copied the content from a website that has opted out – a laughable caveat.

Copyright has been the cornerstone of a free and pluralistic media since the 18th century but the opt-out provisions proposed by Google turn copyright on its head, requiring action to be taken by rightsholders (competitors) as opposed to Google requesting, or in the case of machine-readable permissions, simply complying through automated means. To be clear, we are not asking for something we know Google cannot manage. In their proposals to the Commission, Google offered an “HTML component” to local, product and travel search sites to mark data for exclusion from Google’s search production index. So why not offer this same technical capability to news publishers so they can mark their content on an item by item basis for exclusion through html – but it has chosen not to do so. This is demonstrative not only of Google’s unassailable bargaining power with publishers but also vis-a-vis the Commission, regulators and governments.

The German Government passed legislation to provide some bargaining powers to publishers who want to licence snippets and other European governments are considering something similar. Meanwhile when the French Government proposed laws to make Google pay for the use of third-party content, Google threatened to de-list publishers altogether from its search results. A take it or leave it opt-out rather than the means to agree terms of access to our content is the ultimate predatory practice.

Finally, remedies such as these should be manifestly sufficient to deal with the Commission’s concerns (which have never been made public in full), simple to understand and easy to implement. They also need to be straightforward to ensure compliance. The proposed remedies are none of these things, and their complexity and ambiguity will guarantee that compliance will be difficult and extremely burdensome for third parties.

I call on Mr. Almunia to take full ownership of this “puzzle”. Let’s call it his legacy – to leave behind a fully fair and competitive global internet. There is a lot at stake here but it is in his power to sure-up the future of Europe’s digital economy. From one old friend to another: please do the right thing!

Francisco Pinto Balsemão is Chairman of IMPRESA, a Portuguese holding company which owns numerous newspapers and magazines as well as the S.I.C. Television Group. Before the Portuguese Revolution in 1974 he was an opponent of the dictatorship, fighting for democracy and for freedom of the press. He was one of the three founders of the Portuguese Popular Democratic Party PPD (today PSD). In 1980 he was Minister of State and between 1981 and 1983 he was was Prime Minister of Portugal and President of the PSD. Since 1999 Mr. Balsemão has been Chairman of the European Publishers Council (EPC). 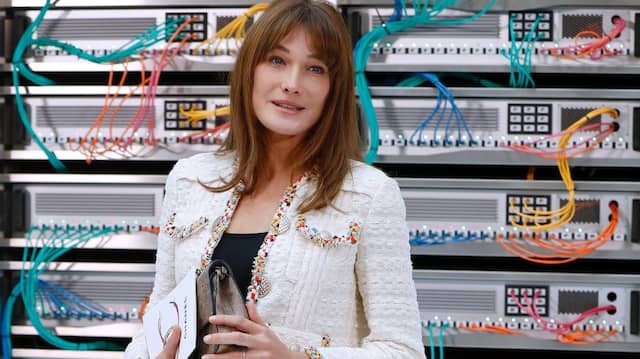 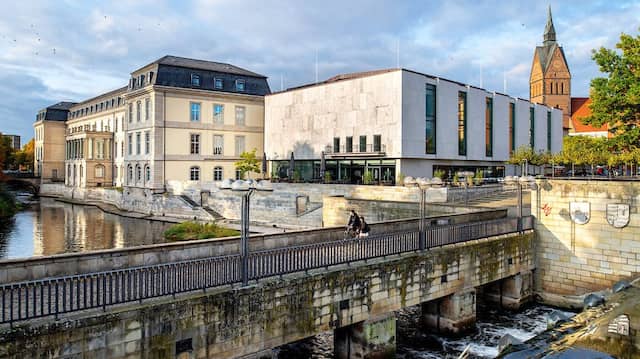 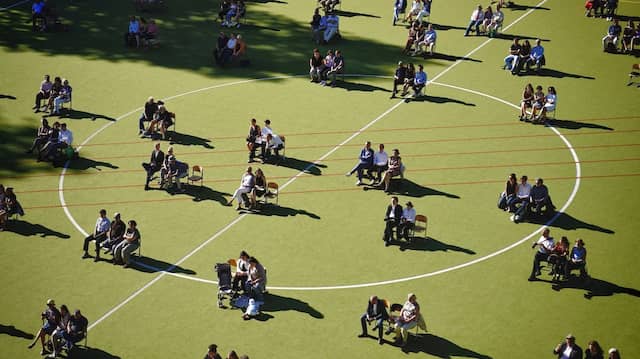 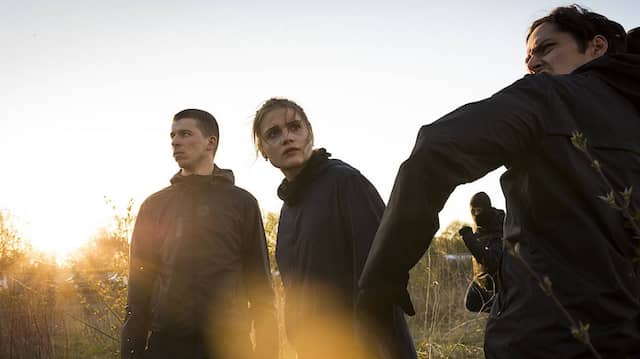