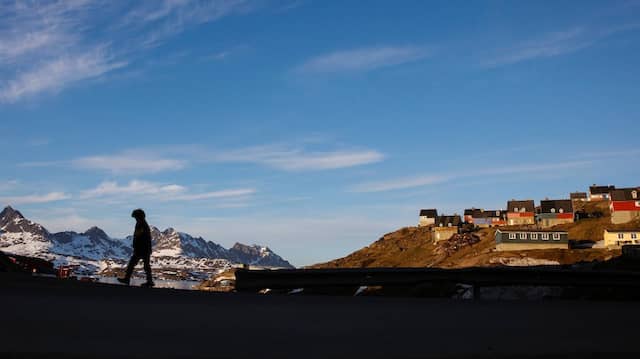 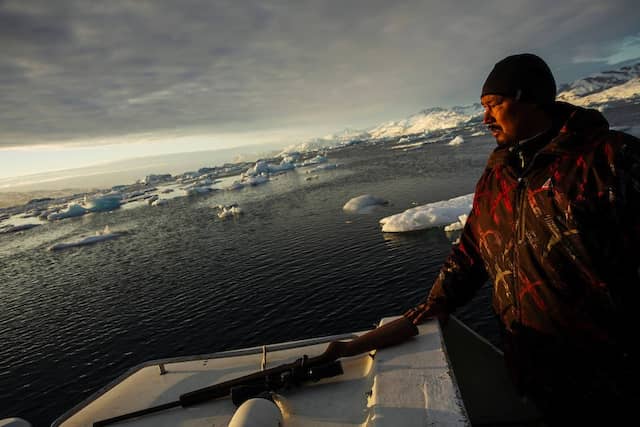 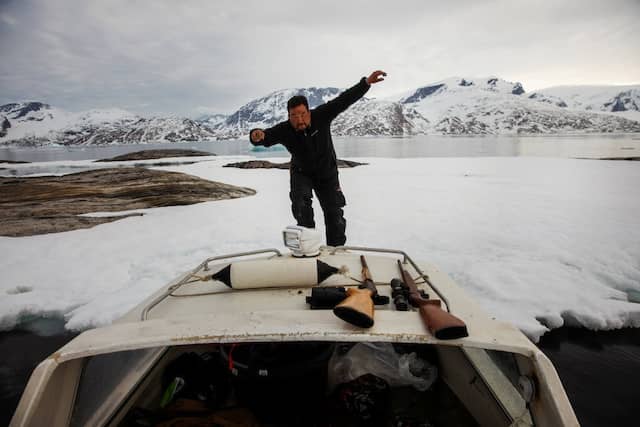 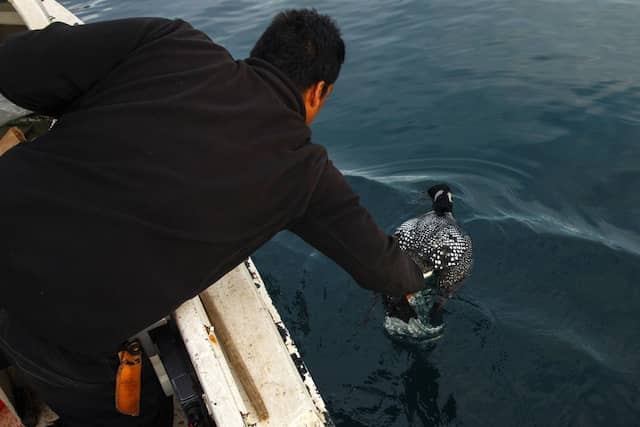 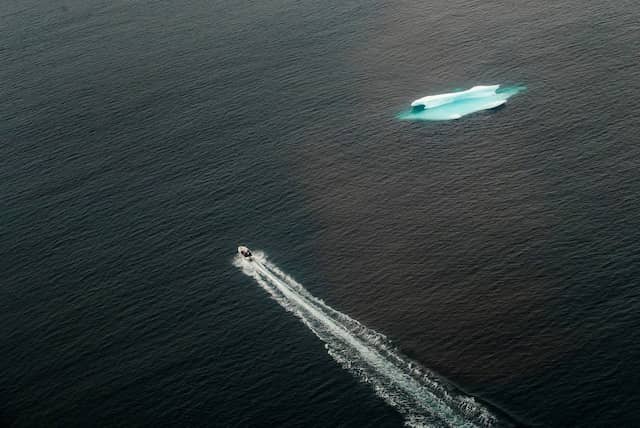 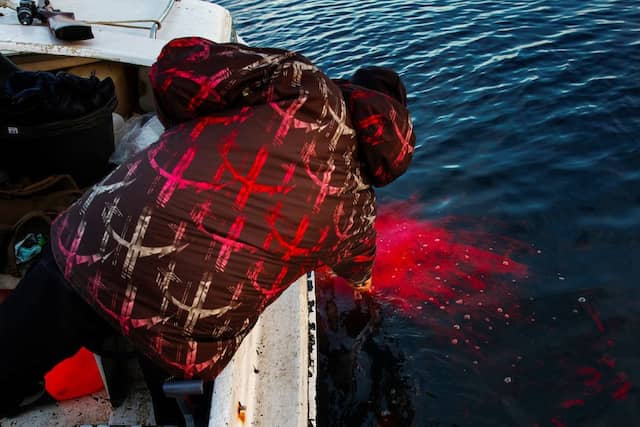 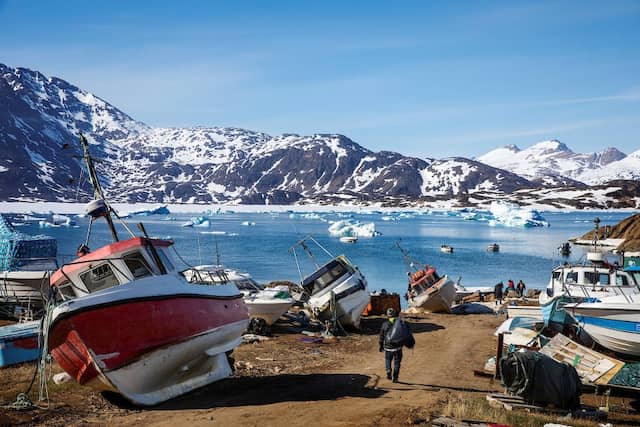 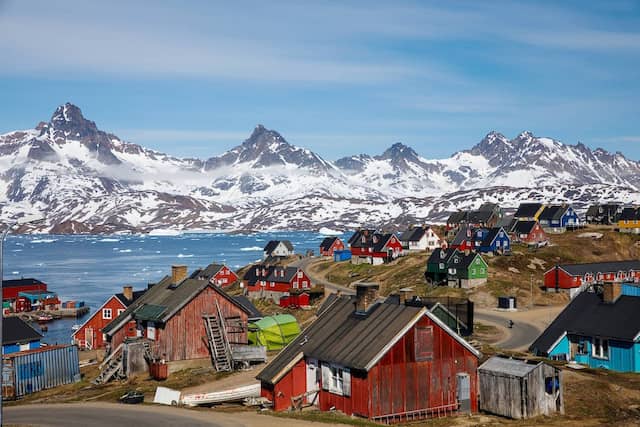 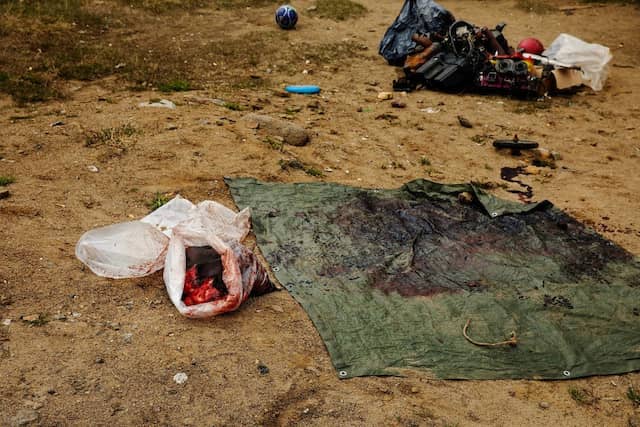 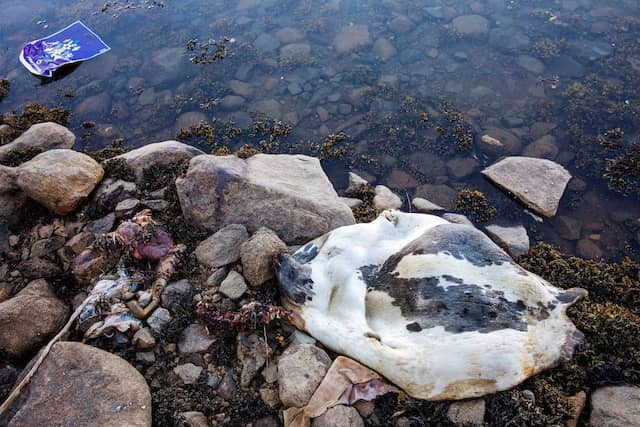 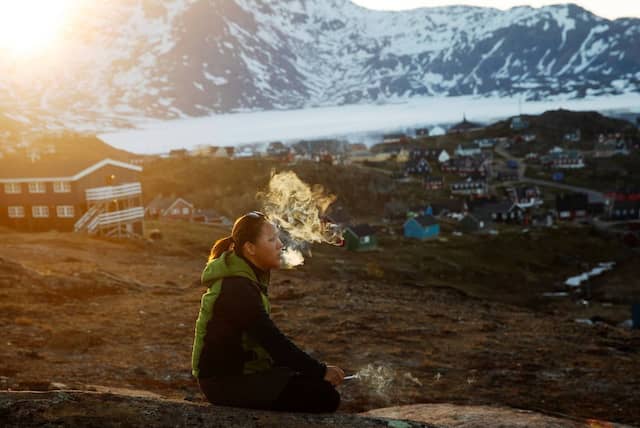 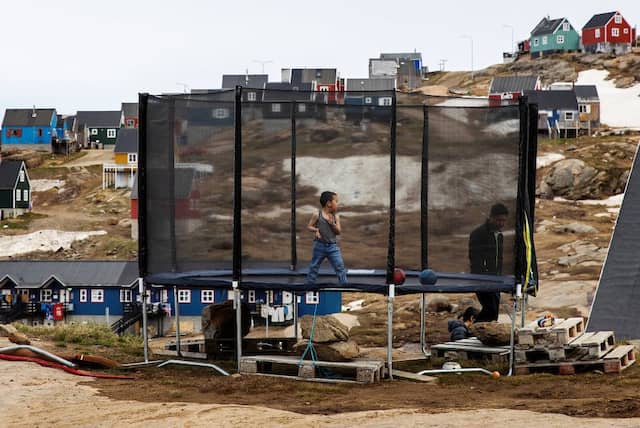 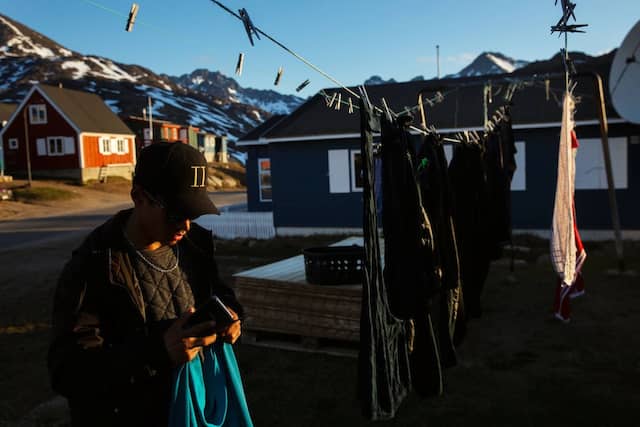 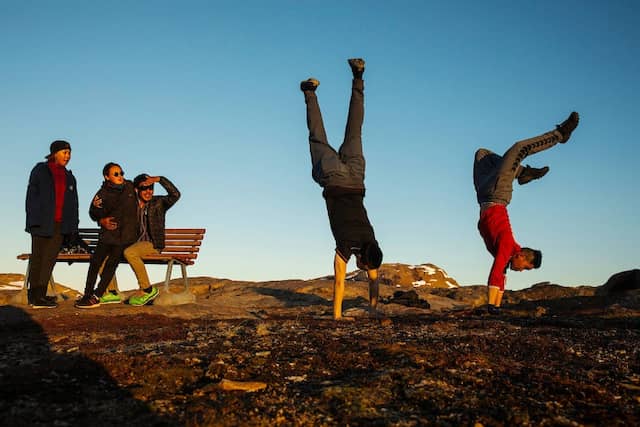 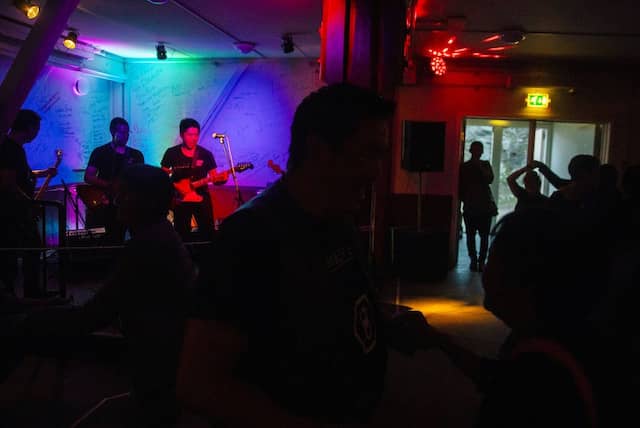 First of all we’d be interested to know what you experienced during the photo shoot and what made you pick that particular theme?

The story came about after a general call for climate change stories at Reuters, it’s a subject that we are trying to cover better so this is a result of that desire to find more stories within that larger theme. I was led to Greenland after contacting NASA about their current projects and they introduced me to the Oceans Melting Greenland (OMG) project to use radar to map the growth or shrinkage of Greenland’s glaciers. From there I reached out to a number of scientists to find someone studying the glaciers in the field and came across Oceanographer David Holland and his work. In the field it was basically working as hard as possible to document what these scientists are doing to understand our changing climate and to document the things they see from their perspective. When I traveled with OMG we were based in Iceland and flew over Greenland a couple of times so it was like taking an 8 hour flight to the same airport you left from. In Greenland with David Holland and his team it was a lot more work in the field where I slept in a tent and documented them as they worked to maintain their monitoring equipment and sustain themselves for a week on cliffs above the Helheim glacier in Greenland. Glaciers tend to move slowly so I tried a lot of time lapse photos and letting my camera record overnight but I wound up getting some amazing footage of a calving glacier because I was prepared before it happened and only had to hit record.

When and where were you born, where have you been educated und what are stages of your professional career?

I was born in 1978 in Colorado. I grew up on a ranch in Quemado, New Mexico and went to university at Lewis & Clark College in Portland, Oregon where I got a degree in mathematics. From there I worked a number of jobs before starting as a professional photojournalist in the early 2000s. I would hope I am still in the early stage of my career because I feel like there are a million things I still want to do and photograph. I have been at Reuters for 12 years so in that time my role has changed a number of times and it’s taken that long to really kind of figure out how to make things happen.

What is your standard camera equipment? Is there any special or favorite gear?

I use Canon equipment for the most part. I usually walk around with two camera bodies that have a 24-70mm lens and 70-200mm lens but on this specific trip I did several days where I would force myself to work with one camera and a 35mm f1.8 lens. Most of my favorite images were all taken with this lens because it forces you to compose in a very finite space. I also took some really nice aerial images of icebergs using either my Canon 1DXMKII and a 70-200 from a helicopter or a DJI Inspire One Pro drone that I brought with me to get a different angle of things. My favorite or most important gear on trips like this is actually my shoes and clothes. You have to be warm, dry, and comfortable to work when it’s cold and wet out!

How do you process/edit your images? What particular darkroom technique, software or apps do you utilize?

I use pretty basic tools. I browse most of the time with Photo Mechanic to edit things down into different themes or collections. For toning on a project like this I use Llightroom to do some basic toning before bringing images into Photoshop to make sure the color looks ok and maybe use levels and curves to tone them. It’s a pretty simple post-production and Reuters has strict guidelines about what we can do so there are no crazy apps or workflows.

Do you have photographic role models?

This is a toughie, I wouldn’t say any single photographer but I take a lot of inspiration from Sebastian Salgado’s work and it’s cinematic quality. I am actually constantly inspired by peers and projects that come from all over, lately most climate stories have some excellent visuals to go with them so that’s inspiring for me.

Is there a portfolio or photobook that inspired you?

Salgado’s “Workers” and “Genesis” are amazing. The work that Paul Nicklen has done for a very long time is also really amazing, he has covered a lot of different aspects of something that is difficult to visualize.

My Twitter and Instagram is lucas_jackson_, but I need to get better at posting content there. I also have a portal at Reuters with a number of my best projects, the address for that is: https://widerimage.reuters.com/photographer/lucas-jackson

Please feel free to share, what you think is worthwhile information for a wide readership of photo enthusiasts.

The equipment is not that important. Cameras have really hit a point where the quality is amazing for even small, inexpensive cameras. It’s important to put yourself in a position to take pictures that tell the story you are trying to tell. For me it’s informing people or showing them things that they might not see themselves, pictures are still the best way to do that and it’s what keeps me going. 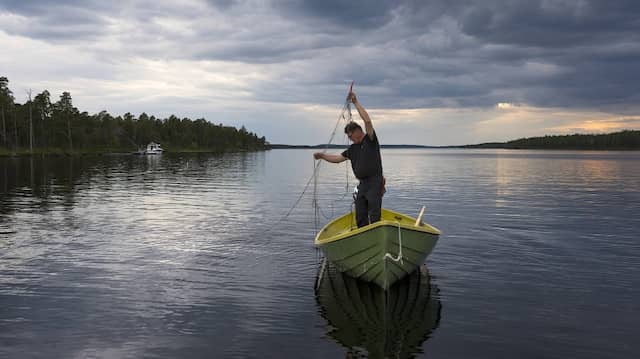 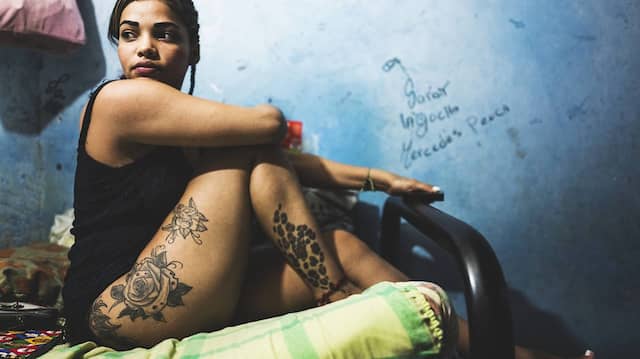 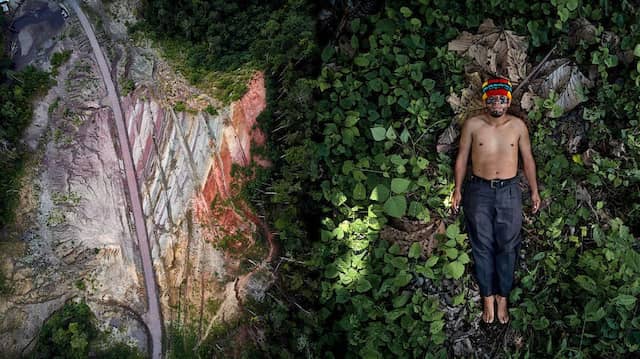 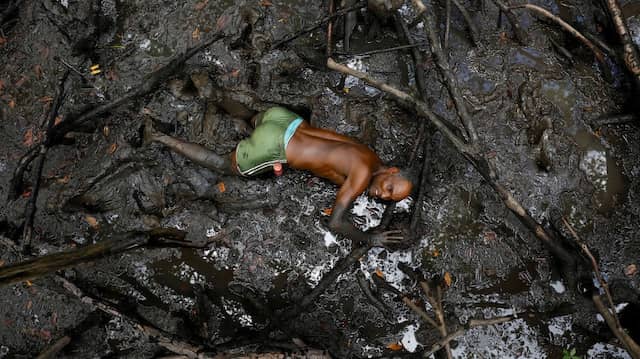